I survived Kylie's first slumber party!
This summer I started cooking up an idea to have a back-to-school slumber party for a few of Kylie's friends at our house.  I let Adam know ahead of time that he and the boys would be asked to spend the night elsewhere since there were no boys allowed:)
So, last night we held our first Back To School Bonanza!
I picked Kylie and four of her friends at Regents after school and took them to Wazoo's for some inflatable bouncing and jumping.  They were so excited when I got to the school, I knew it was going to be a wild and crazy time!  I let them bounce for a little while and then we headed back to our house to get ready for a fancy dinner.  Kylie loves to get dressed up, so we decided to create a fancy dinner at our house.  All the girls got dressed up in their fancy dresses, brushed their hair, and some even put on a little makeup! They loved getting dressed up!  They were pretending like they were celebrities and I was the paparazzi! Ha! 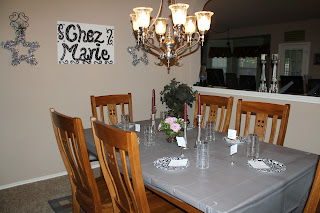 Chez Marie is oh so fancy! 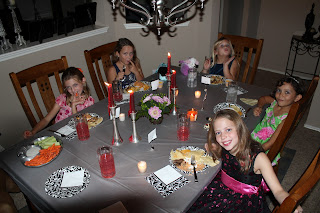 The girls wanted lots of candles!
Next, we decided to do spa time and dance party!  We turned out the lights and got out the glow sticks and disco ball and the party was on. Katy Perry decided to join us for the evening and the girls loved dancing to her.  They were really cute dancing and singing on the mircrophone. 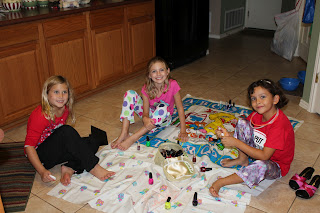 Getting a nail treatment!
﻿ 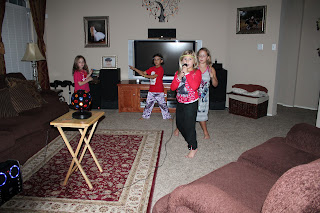 Then it was time to start getting ready for bed.  They fell asleep at about 11:30 or so.  I did have to go mean mommy on them and tell them they were going to be split uf if they didn't stop chatting and being silly. I was ready to go to sleep! 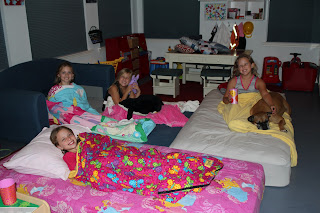 Night Night...
The girls were up at about 6:45 and said they were starving.  I heated up a french toast dish I made, and voila, breakfast is served.
Next event - paint t-shirts! This was my favorite part:) 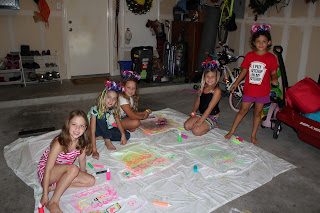 After the girls painted shirts, they played until the moms got there to pick them up.
I asked Kylie if her party was a success and she said YES! So, I guess we did a good job then:) Now, let's all take a nap!
﻿

I asked Jackson if he'd like to wear the same shirt as Carter the other day and he was really excited about it, so of course I had to take pictures! 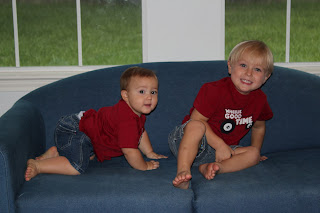 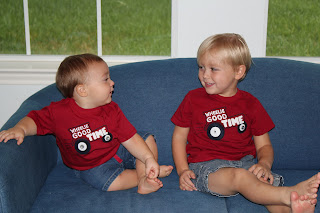 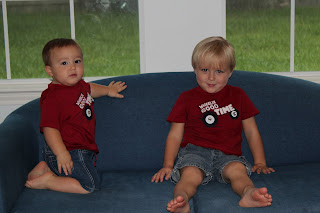 It's back to school for us now and everyone is going to school this year!
Kylie is in 2nd grade at Regents and she is in Mrs. Crowell's class again...huge smiley face here.  Kylie had Mrs. Crowell for Kindergarten and then she move up to 2nd grade so we prayed she would get her again and she did!  We are so blessed to have her not once, but twice!
Jackson is going to Bannockburn Monday and Wednesday and then Westlake Presbyterian Tuesday and Thursday.  I think he really likes going to two schools.  Two different classrooms with different toys, two groups of friends, and two different playgrounds! It all works out nicely.  Now that he's three, they are putting a bit more curriculum into his teaching, so I am happy to see he'll be working on letters and numbers, and much more!
Carter James is going to Bannockburn Monday and Wednesday too! I was somewhat hesitant to put him in school so early, but it was either start him at one year old, or wait until he was two years old. So, we're giving it a shot! So far his teachers say he's so much fun to have, he never cries, and they want him to come everyday. Yay big boy Carter! He is such a fun guy to have around. He's so jolly and playful. What a cutie pie. 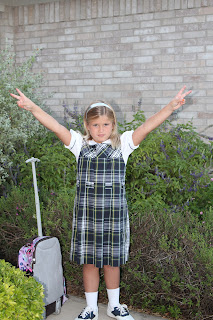 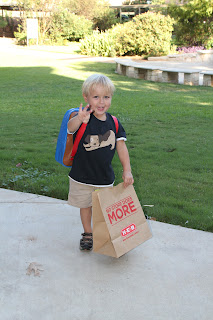 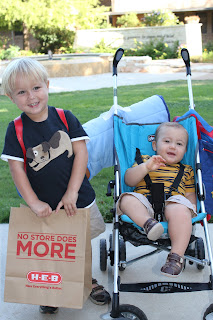 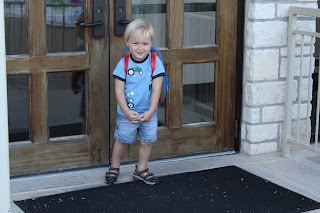 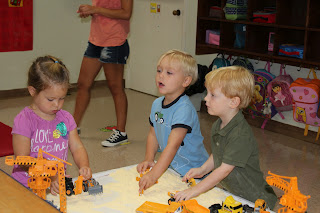 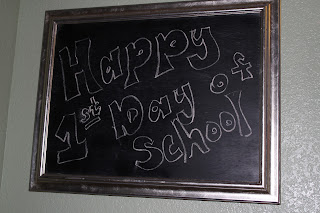 I have been so bad about writing on my blog.  I realize I have about a million things going on at one time, but it is really important to me to write down all of the wonderful memories our family is making!  So, slowly but surely I will get all caught up!

The most important thing on my list to write about now is that my sweet, baby boy Carter James is one year old!  People use the term "time flies" so often that it doesn't hold much meaning anymore, but I can honestly say that this year flew by like a blink of an eye.  It seems as though once I found out I was pregnant with Carter the world started spinning a little faster and it sure hasn't stopped!

Carter James, where do I begin when I talk about this journey with you over the past year.  First of all, finding out I was going to have you was truly the biggest surprise of my life!  Not in a bad way at all, just in a "Wow... we're having another baby.  Surely wasn't expecting that, but thank you Jesus for your blessing!"

The pregnancy went pretty well.  Probably the hardest pregnancy of all three simply because I was 7 years older than my first pregnancy and had to keep up with two other very active children and work full-time.  And, we decided to remodel the house to make room for one more person living there! Yikes!

Carter, you came into this world screaming at the top of your lungs and that should have been a hint as to how the first months with you were going to go.  From the day you were born, you wanted to be held all the time, mostly by me.  You ate about every 2 hours and the rest of the time just wanted a warm body to snuggle with.  You had a cry that was probably the loudest newborn cry I have ever heard!

For the first six months, you were a very challenging baby.  You rarely ever kept your feeding down and you only liked to be held a certain way.  You screamed in the car, no matter how far the distance.  If it was for a 20 minute drive, you screamed the whole 20 minutes. We took you to doctors to make sure you were okay and they ran tons of tests only to say it was probably just something you would have to grow out of.  But, we put you on the expensive medicine and formula anyways, just out of desperation for you to feel better!  You slept in my arms every night for the first 6 months until you were finally able to sleep in your own crib (thank the Lord).  I really wasn't bothered by snuggling at night.  I actually enjoyed it most of the time!

Once you hit 6 months old, your real personality really started to come out!  Your smile got brighter and brighter and your giggles increased exponentially!  Your big, brown eyes seemed to shine more and more every day.

Where you are today... you LOVE being around other kiddos and your brother and sister give you the best belly laughs.  You still love to be held quite a bit and refuse to walk on your own even though we know you really can!  You love mommy the best (hee hee), but you also love spending time with your grandma Mary who is with you all day, every day.  She knows everything there is to know about taking care of you, so you feel safe and happy when she is there.   You love your daddy, but sometimes your not too sure if you're okay being with him when mom is around.  You love to play with your toys and seem to be super smart.  You figure things out after being shown only one or two times!  You're already a climber and scare us all the time now.  It's really funny when you climb on a stool and get stuck because you're scared to come down by yourself so you stand there and whimper until someone comes to rescue you!

Everyone loves you Carter James.  At church and school you are so happy and a joy to be around.  You just started school and you are so busy you don't even sleep the whole 4 hours you are there!  Your teacher told me on Monday she wants you to be there everyday because you are so joyful:) 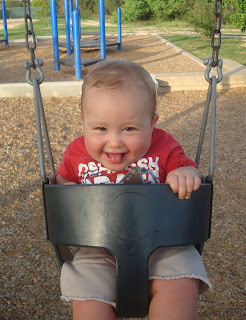 I just knew you were going to be something special the way you came into this world.  You were God's gift to me.  God's greatest blessings are usually the ones we don't even expect and you are a testimony to that sweet boy.  I couldn't love you any more.  My world is so much better with you in it.  You make me want to be the best mommy because that is what you deserve!  I love you so much!