Back on the wagon!!!

First of all, how embarrassing.  I am obviously the worst blogger on the planet.  I guess my idea of blogging is what, once a year?  Niiiiiice.  I know Kylie is very disappointed in my blogging skills.  I think she is my one and only blog fan (or used to be).  So, this is for you Kylie... I'm jumping back in and will do my best to stay on top of it now.  I can't promise a new blog every week or every month, but by golly, I will do better than none (which is what I had for 2017).

I guess I'll use my first blog back on the wagon to do a recap of 2017.  That seems fitting since I completely missed the ENTIRE year. Ugh.

HIGHLIGHTS OF THE YEAR!!!

We built a new house! Woohooo!
It was a year-long process and so worth it.  We LOVE our house and our neighborhood. Special bonus - Grandma Mary is right across the street! We have a BIG backyard (hopefully to put a pool in someday) and it is much more open and bright than our old house.  And, it's a shorter drive to school! This is when it snowed this Fall, but I love this pic! 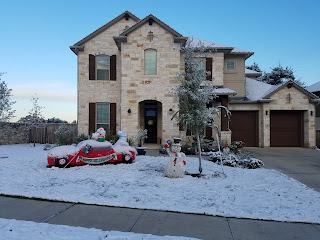 We added another critter to our household. The sassy Miss Remi (short for Remington).
She is a TRUE cat. Very sassy, playful, self-centered and smart. She has a big tummy, but the rest of her is normal. I mean huge gut. We have no idea why, other than I'm pretty sure she eats the dog food too. She loves to play with little rival nerf balls and hair bands. She will scratch and bite you if you pet without consent. She LOVES drinking from faucets and is known to join us in the shower too. She cracks me up! 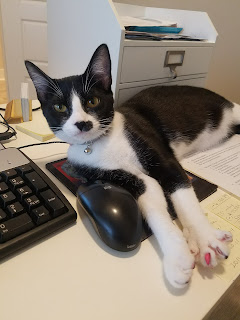 Kylie went to LLYC, started Middle School and became a cheerleader!
It is Kylie's first year at School of Logic and she loves it. She loves the freedom and getting to change classes. She got to cheer for school during football games and loved it! She was a great leader on the squad and really shines on the field. She has always been a natural performer! She spent two weeks at Laity Lodge Youth Camp and loved every second of it. She cried when we came to pick her up because she didn't want to leave. She got braces too! Of course, she is just as beautiful as ever:) 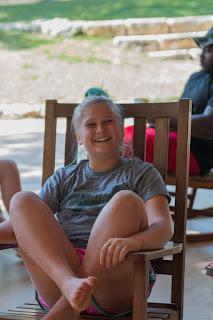 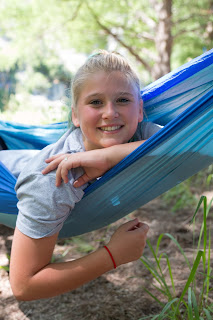 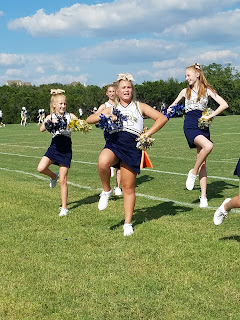 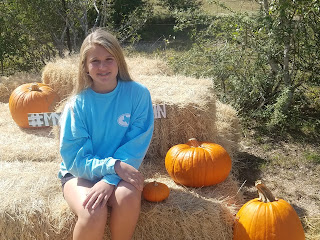 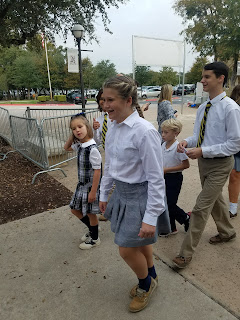 With her little chapel buddy:)

Jackson Ralph started his first season with select baseball team YETI and went to his first overnight sports camp at TBarM! Our All-Star team from Oak Hill enjoyed playing together so much, we formed a select 8U ball team with YETI Baseball Club. It is a BUSY season, but we are enjoying watching Jackson play so much. He has become a leader and encourager to his teammates. He loves playing catcher and trying to rip some big hits. I love it! He loved his week at TBarM. It was a tough drop-off because it was scary not knowing anyone and being away from home for week, but I don't think that lasted long! 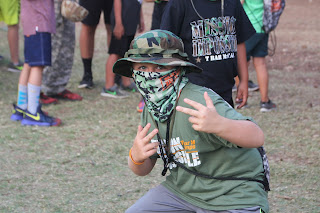 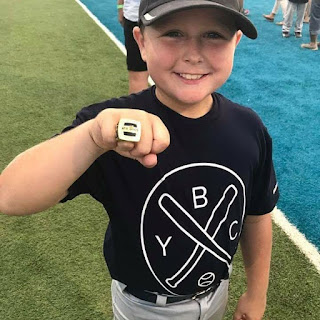 Sweet ring instead of a trophy! We have 3 now! 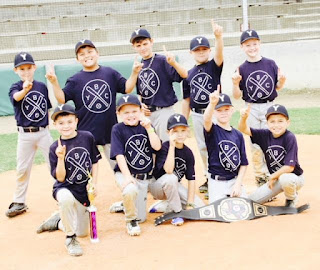 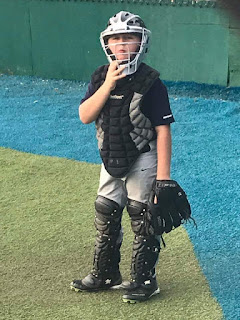 Carter James played tee ball for the first time and started Kindergarten at Regents! He has Mrs. Wise just like Jackson did in Kinder. He reads like a champ and loves being at the same school as his brother and sister.  He's still really into cars, so I took a picture of him with one of his favorites...a Dodge Charger! 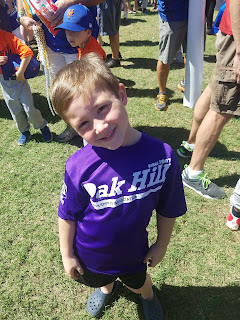 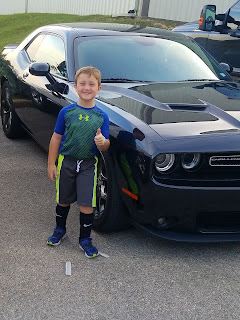 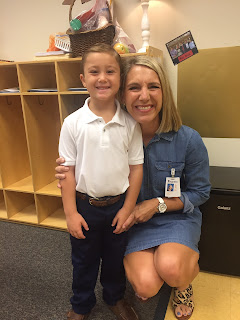 Not only did we celebrate 16 years of marriage, but Adam turned 40 in December! Thankfully I'm not quite there yet. He was super excited about it:)  We went to Chicago to see Jeff and Callie and watch the Bears play. We got to go out on the field for warm-up! Those guys are enormous! 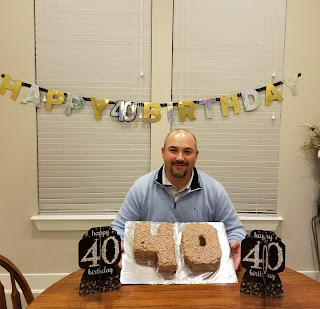 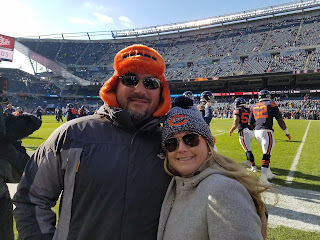 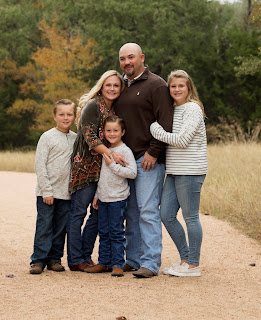