So, it might be the end of January, but I've made it one of my "resolutions" to keep up with my blog better.  Not just for the sake of having more posts, but to actually be intentional in preserving the sweet memories I am making as I go through this blessed life the Lord has given me.  It allows me to ponder and reflect on the many ways God has shown me, a far from perfect woman, grace and mercy.

Back to Christmas 2015!!!
This year was a little different.  It seems Christmas changes some every year as the children get older. For Carter, it was an even more magical year than ever.  He could really get into the Christmas spirit and excitement going on around him. He doesn't grasp the true concept of Christmas just yet, but he sure had fun telling me about all the fun gifts he wanted.  Pretty much everything he saw in a magazine, store, or commercial was another thing to add to the list.  He wanted SO many things, it actually made my shopping much easier.  I really couldn't go wrong! Jackson is still young enough to enjoy the magic of Christmas too. He was a little harder to shop for, as he is still in the toy phase, but slowly inching towards the big kid items.  Mainly he wanted guns.  Lots of guns! Nerf guns, army guns, rubber band guns... any type of guns. This year was mostly different for my sweet Kylie.  It was the first year she experienced Christmas through the eyes of a young lady who knows Santa is not a an actual, tangible figure, but more of representation of the spirit of giving at Christmas. I really don't feel like it took away from her experience though.  Her faith is so strong for her age, and she seems to understand and delight in what Christmas is all about.  Don't get me wrong... the girl LOVES to get gifts. I have so much fun shopping for her, although I have to say our taste in clothing tends to venture in different directions! 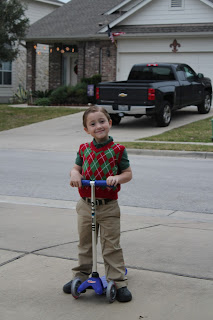 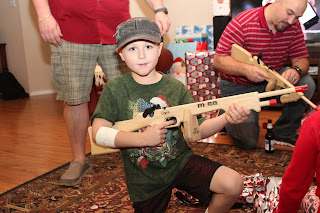 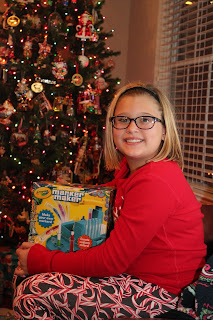 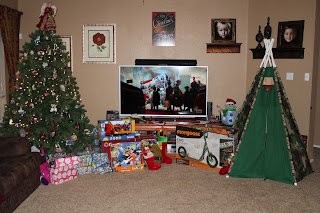 Adam and I enjoyed getting to splurge a little more this year on each other.  We both work our tails off to provide for our family. This year, we were able to give more generously to each other and our families, which we LOVE to do.  Adam is an awesome gift-giver.  I don't know how he does it, but he is a winner in that department!  He is very thoughtful in the gifts he picks out for his family, and I love that! I feel blessed to have a husband who gets great joy in giving his family gifts.

Adam and I both had about 2 weeks off for Christmas, which I don't think has ever happened.  We didn't do a whole lot, which made the time seem even longer.  I won't lie, there were a few moments where we would look at each other like "when does school start again?", but for the most part, the time was refreshing and fun!  It's amazing what two weeks of not being tied to email and phone can do for the soul:)

I took the kids' pictures in our neighborhood this year.  Since it was built on an old ranch, there are some really nice photo ops!  I mean look at these cuties. God is soooo good! 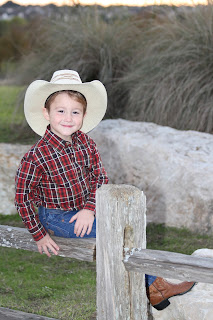 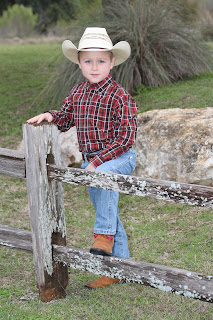 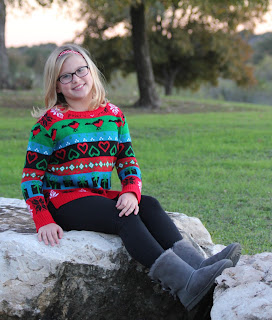 Posted by Becky Biehler at 9:10 AM 0 comments