So, it hasn't quite hit me yet that school is almost out... As the kids are super giddy about summer, this mama is typically the opposite! Summer schedules are one word - crazy!  Each week is a different schedule and with three kids, sometimes going three different place, it is mayhem I tell you! I do love the things that come with summer like pool-time and going to the beach though:)  In fact, we leave for our first beach trip of the summer tomorrow afternoon.  Yippeeee!

The kids have had a great school year...
Carter started school the youngest of all three at only 12 months.  He's done so well, up until this last month when he decided to become the class bully.  Unfortunately, he's decided that pushing is now how he's going to get his way, so he's been spending some quality time in time-out.  I'm really, really hoping this is a quick phase that will soon pass as he learns to say more words.  I think he has a sweet heart, he has just realized he can push the kids around to get what he wants.  Ugh.  It doesn't help that he gets it at home from his big brother, but we're working on it.

Jackson has made lots of new friends this year!  His school friends seem to really like him and are always happy to see him.  His teachers love how articulate he is and how he really joins in on discussions and answers questions (in lieu of the glossy-eyed stare they usually get).  He is what I would call "the enforcer" and really wants to make sure everyone is following the rules.  If they aren't, he's sure to call them out on it.  As he gets older, I'm not so sure the kids are going to dig that very much, so hopefully he realizes he needs to take it down a notch!  He's worn his fireman hat and boots almost every day to school which the teachers think is hilarious.  Today, he went dressed in the entire outfit.  This started right after Christmas and is still going on!  He even wore his fireman boots in his school pictures, which I thought was very appropriate considering.  He still doesn't seem to participate in the arts and crafts portions of school with much enthusiasm.  He just doesn't dig it.  He'd rather be playing with toys or running around. Sitting down to color a picture is just not his thing.  Sometimes I have to laugh at his art papers that come home.  I can tell he spent about two seconds to get it done so he could move on. He doesn't really like to be messy, so that might be part of the reason as well.  He play in the dirt pit for hours, but heaven-forbid he get a little paint on his hands!

Kylie has exceeded our expectations yet again this year.  Her last report card was almost perfect.  I am so proud of her.  She had almost entirely E's all the way across the board in academics and behavior/participation.  Her teacher told me she has never had a student like Kylie who is so incredibly gifted academically, spiritually, and socially.  It made my heart swell about ten times its size.  God has blessed Kylie with so many gifts.  I just can't wait to watch her continue to grow in all these three areas of her life.  God has big things in store for my little girl, I just know it!  Despite the time she had off for surgery and the difficulties she faced in her recovery, she didn't miss a beat.  She was just as positive as she always is and her grades continued to be top-notch.  Now, it sounds like I'm bragging, but I honestly don't take credit for it at all.  It's all her and God.  She does her thing, and I'm there for love and support:)

We're off to Port Aransas this weekend to kick off the summer.  I'm excited to spend some quality time with my littles at the beach, enjoying God's creation! I love watching them play in the sand and the ocean and explore the beach!  I love days with no specific agenda, just being together and having fun.  As we say goodbye to the school-year, I am so grateful for the teachers who spent so many hours investing in my children this year.  They loved them, disciplined them, played with them, and most importantly prayed with them.  These ladies have made an investment in these children and I am forever thankful to all of them. 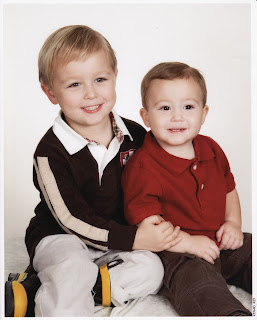 Posted by Becky Biehler at 9:29 AM 0 comments