Kylie got her tonsils removed on Thursday, which was a much-needed surgery after 6 cases of Strep Throat and many sore throats this school year.  Dr. Zapalac did a great job, of course, and Kylie has taken it like a champ! She is so tough! I can't believe how well she has handled the pain so far.  She misses solid foods though.  You wouldn't think a kid could get tired of ice cream, but I think she has reached that point.  The pain meds make her a bit nauseous too, which really adds to the fun of it all.  Poor baby.  I am always amazed at how strong kids can be.  Even more tough than adults at times.  I have a good friend that works with pediatric cancer patients, and I asked her one time how she does it.  I would think it would be such a difficult thing to be around all the time. She said those kids are actually some of most positive, strong kids anyone could ever meet.  I bet she is right!  I bet it would be truly inspiring to be around them as they fight such a huge battle so bravely.  We could all learn so much from those kiddos.  I know I have already learned so much from mine!
Another fun thing in our household... we have three new furbabies! We got three brother dwarf hamsters!  Rocky, Turbo, and Tiger are super cute and fun to watch. Kylie's we nick-named Turbo or Spaz as I like to call him.  That little booger is so hyper.  He gets on the wheel and his little legs run SOOOO fast.  It is hilarious!  The kids have really enjoyed them, and I am glad Kylie has something to cheer her up! Posted by Becky Biehler at 7:45 AM 0 comments

Jackson had a great 5th birthday.  It happened to be the last day of school, so they played all morning on inflatables at school and then got awards in the classroom.  He got the Humorist award, which I think is very fitting.  He is quite the funny little guy.  Every teacher he's ever had has told me how he makes them laugh all the time.  Not only does he say funny things, but the expressions he makes are just as funny!
The fun day started with a HUGE donut from the famous Round Rock donuts! That thing has to have at least 1,000 calories in it I'm sure.  Jackson loves donuts.  He actually loves just about anything loaded with sugar. Veggies and fruits, not so much. 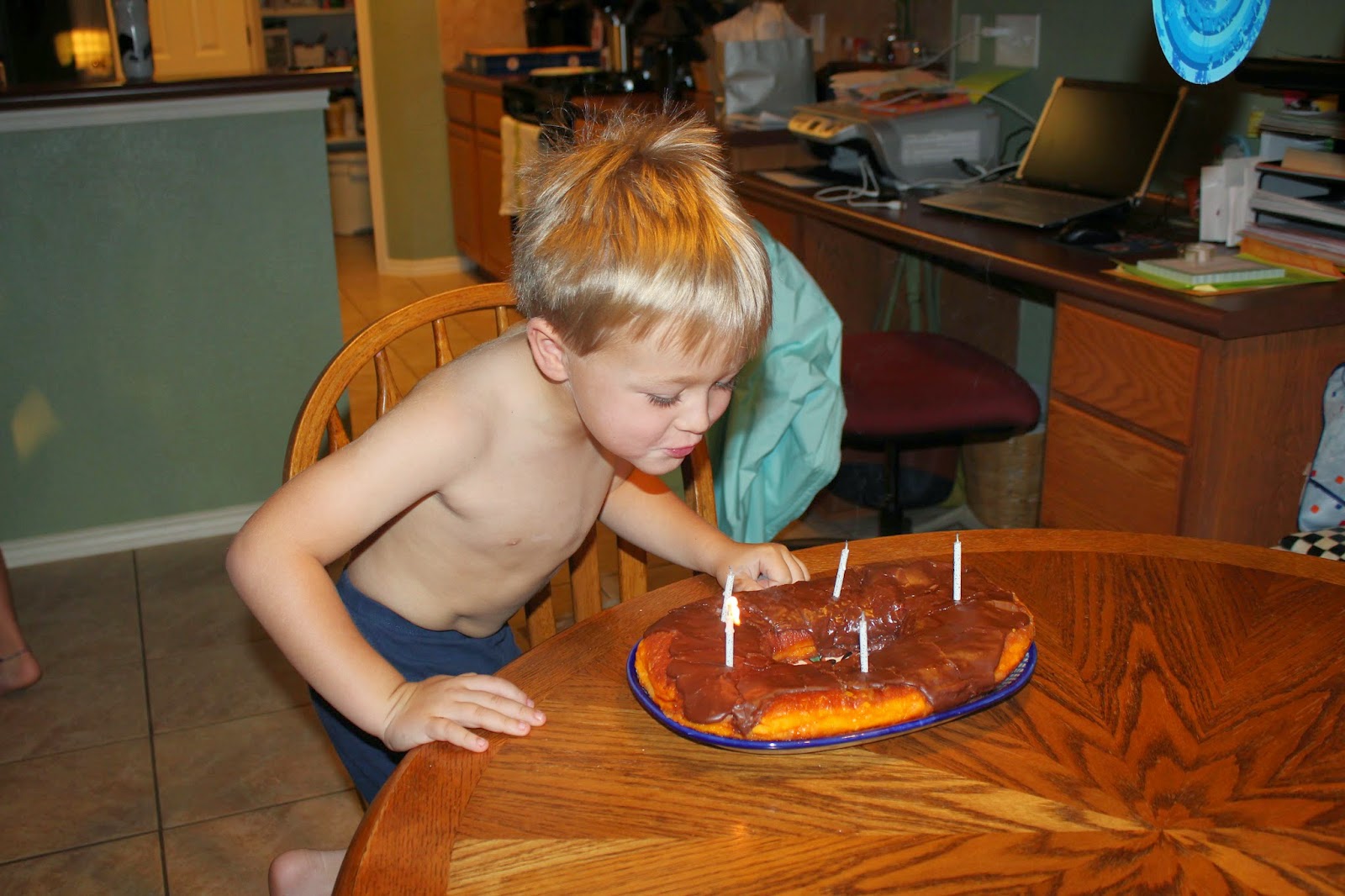 He decided to have an Avengers party this year, so we went all out Avengers and took it to Wazoo's for some jumping fun! Grandma Debbie made an awesome Captain America shield cake (that's why we call her Cake Boss now).  Jackson had such a good time with his buddies, and I love watching my kids have fun with their friends.  They jumped and ran for 2 hours and were a sweaty mess when all was said and done!
Happy 5th birthday my man!!! I love you so much. I love our snuggles at night and how you never forget to ask me to say prayers with you. You are really smart, but sitting down to do school-work is really not your favorite thing.  You are so much boy! Anything that has to do with trucks, dirt, and reptiles you are ALL IN! 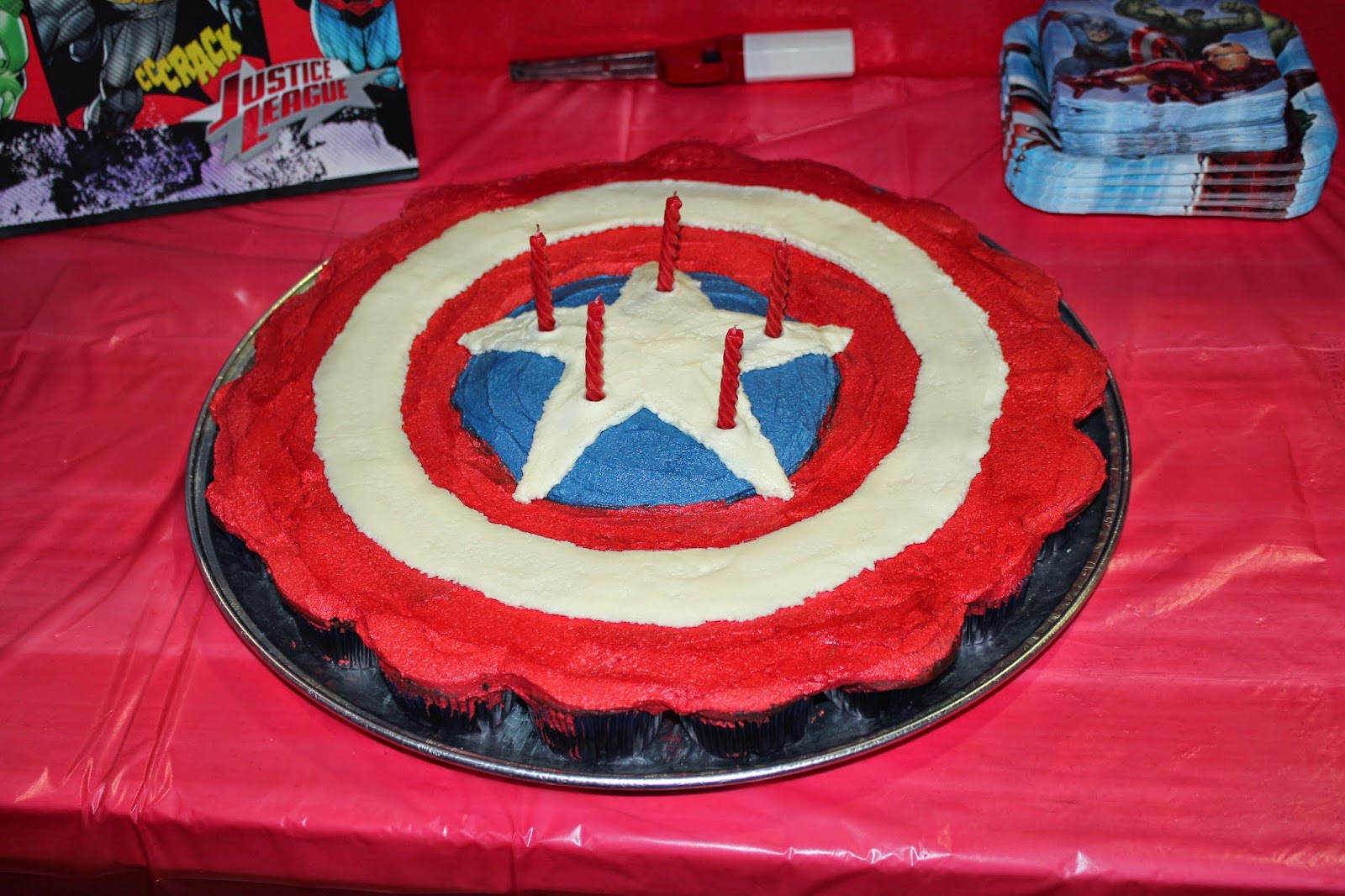 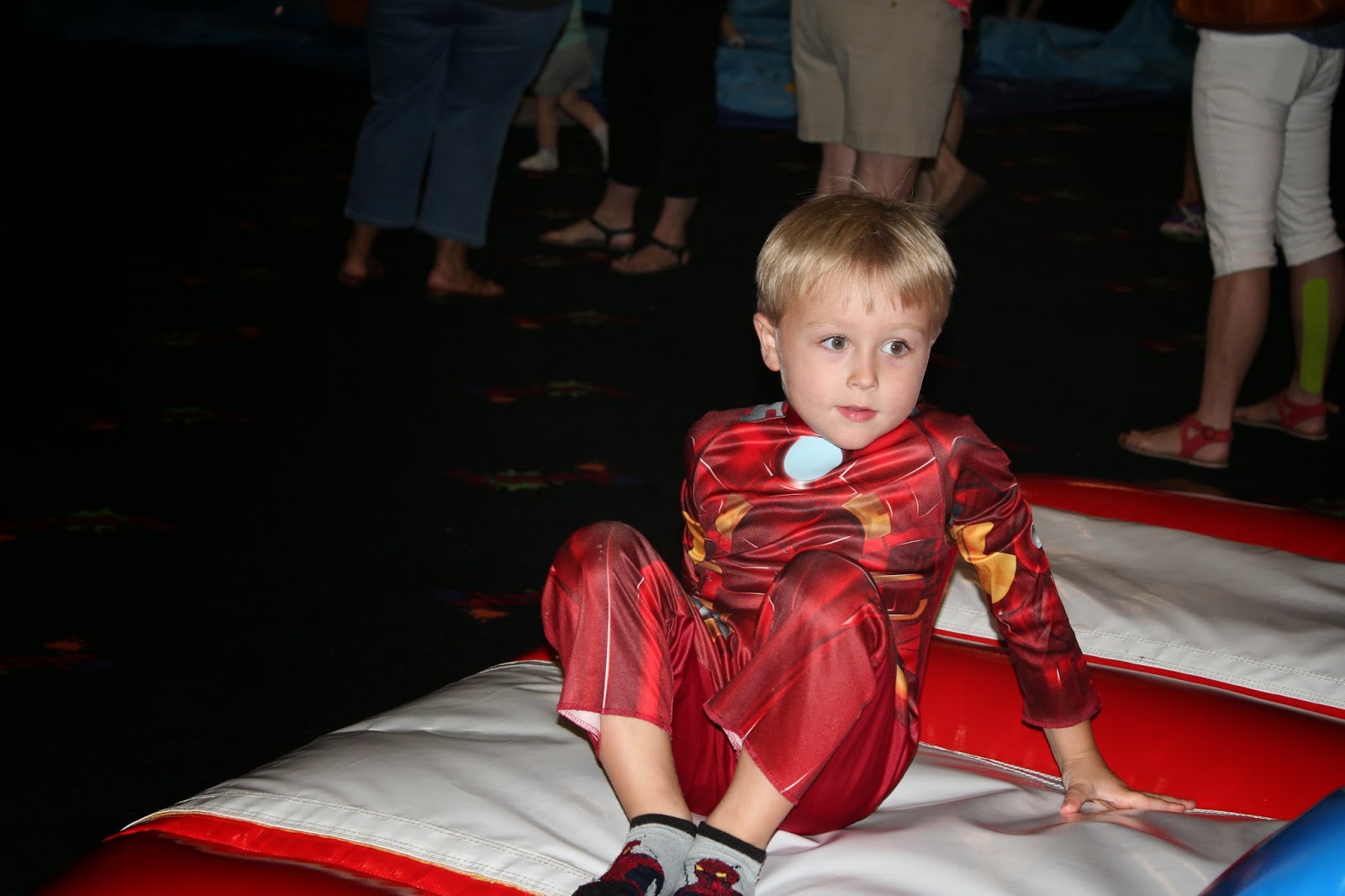 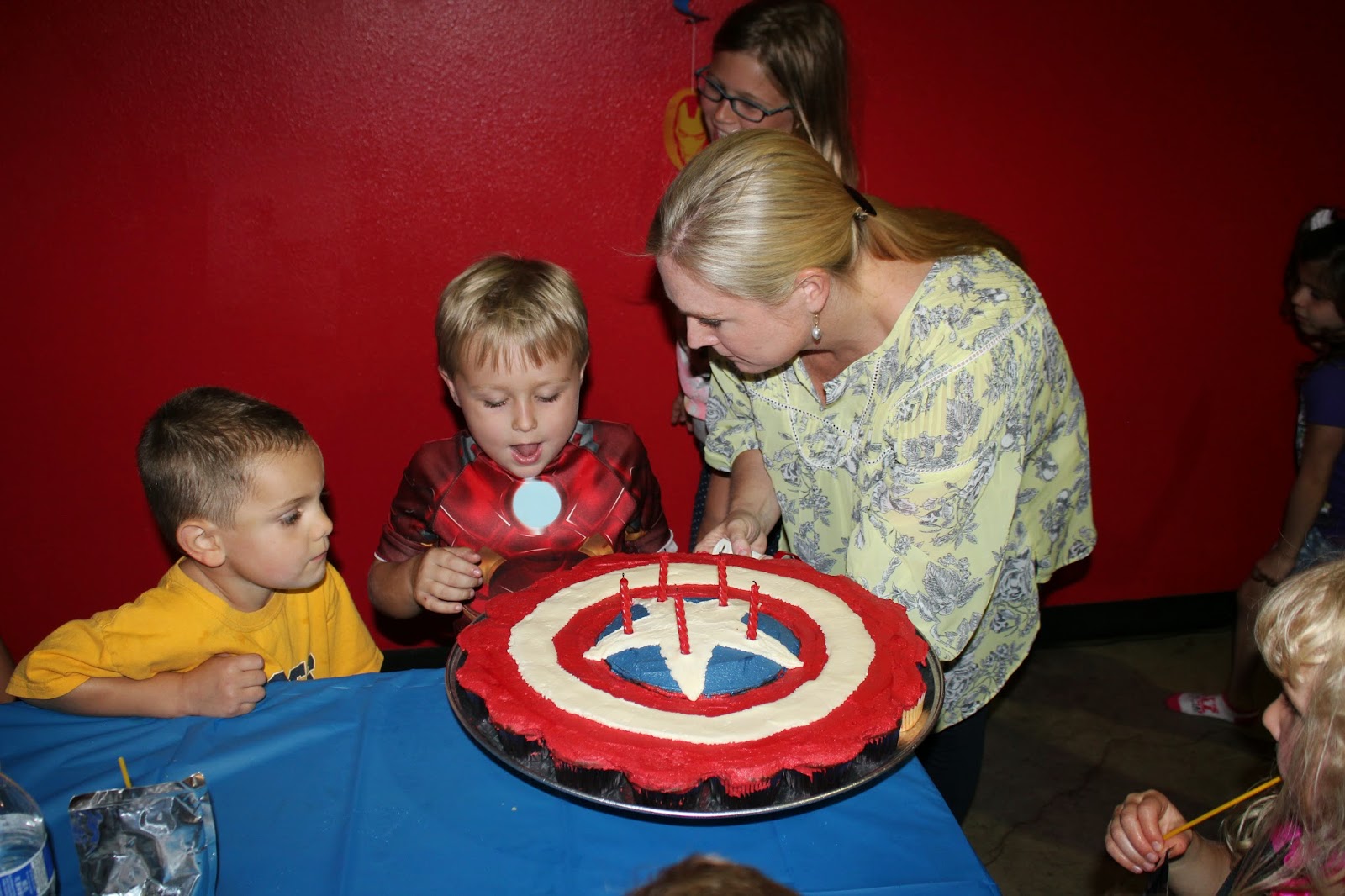 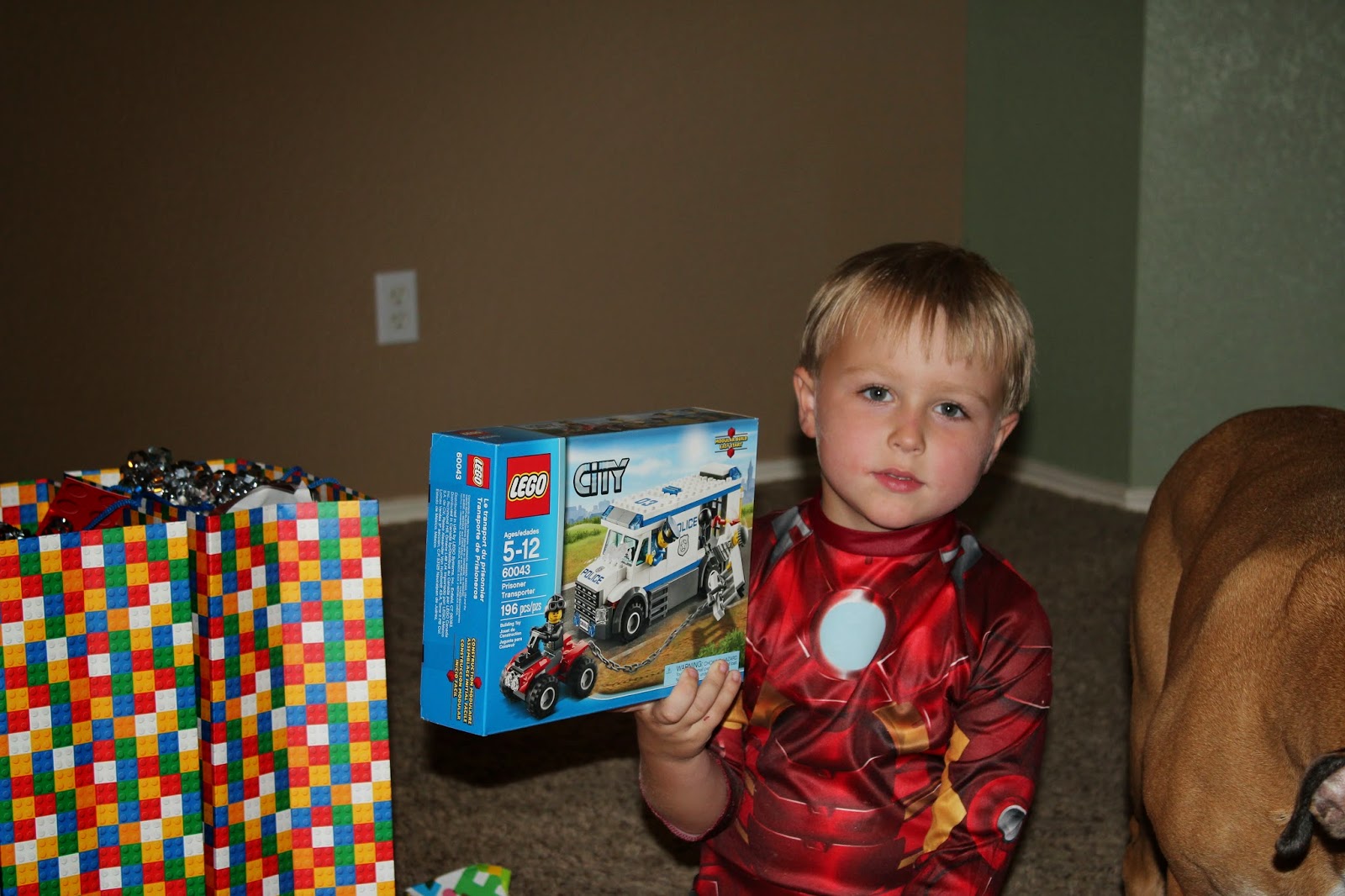 Posted by Becky Biehler at 7:30 AM 0 comments

I am just mad at myself for falling behind on my postings, so I am going to catch up here soon!  Let's start with Easter.  So, it may be June already, but better late than never!  We had a great time hunting for eggs, painting eggs, hanging with family and all the great fun things Easter brings!  Carter was old enough this year to understand it much better, which is such a treat for me to watch!  Jackson is so funny though... he is so apprehensive when it comes to big egg hunts.  He wants me to be right there by him and help him.  It's so strange.  I think it freaks him out that kids just bolt out in a crazy frenzy to get all the eggs.  It's just too much for him and he freezes!  So, I get to hunt for the eggs with him, which is still really fun for me.  And, one of these days I know he'll be too big for egg hunts, so I will gladly hold his sweet little hand and be his "wooby" as I like to call myself.  I typically think of myself in that way for them, like a security blanket.  As long as they know I'm right there near by, holding their hand they are completely secure.  What an honor it is to be their comfort and their rock! And, I hope they know that even when they are 20, 30, or 40, I'll always be their wooby! 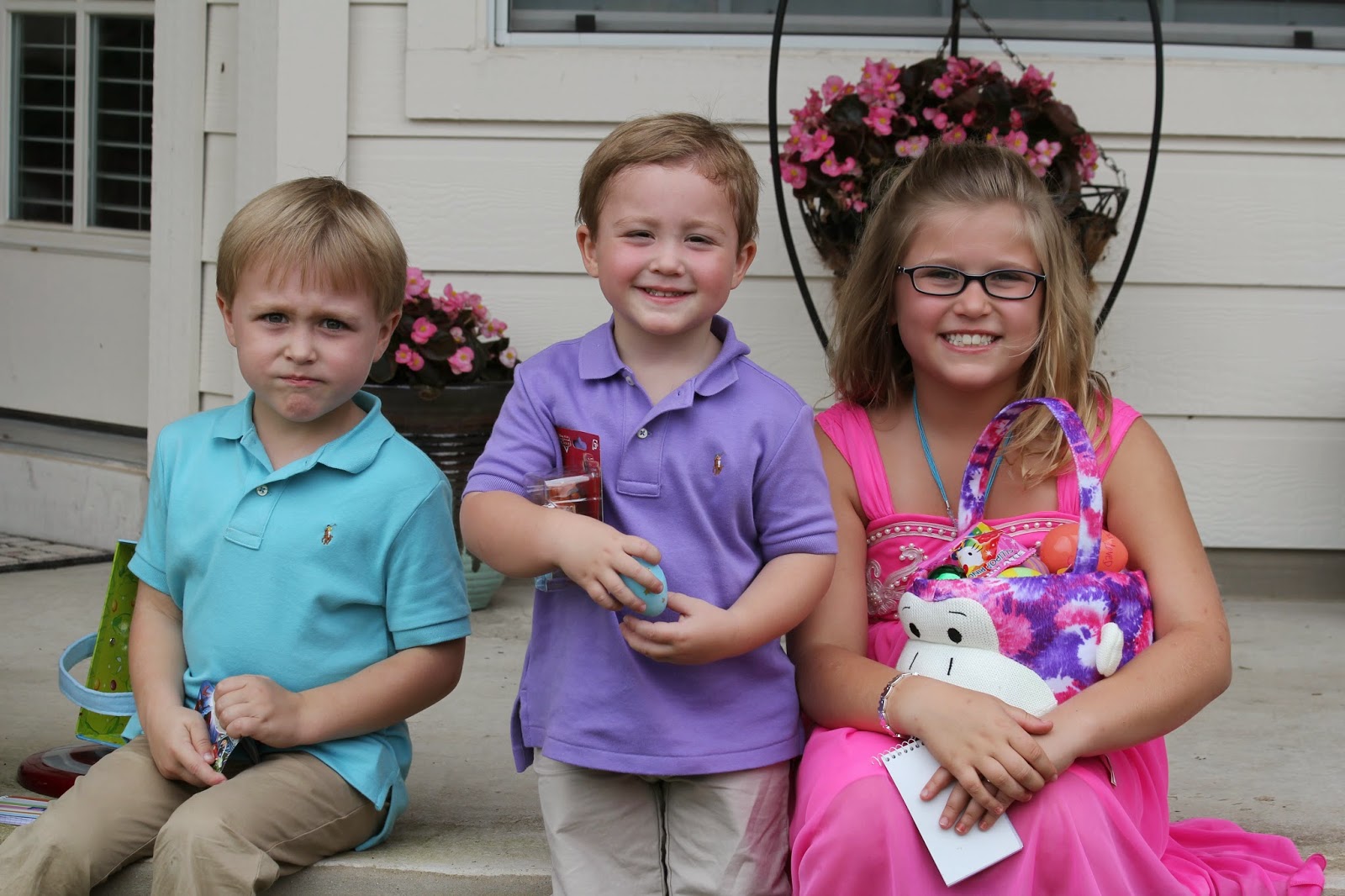 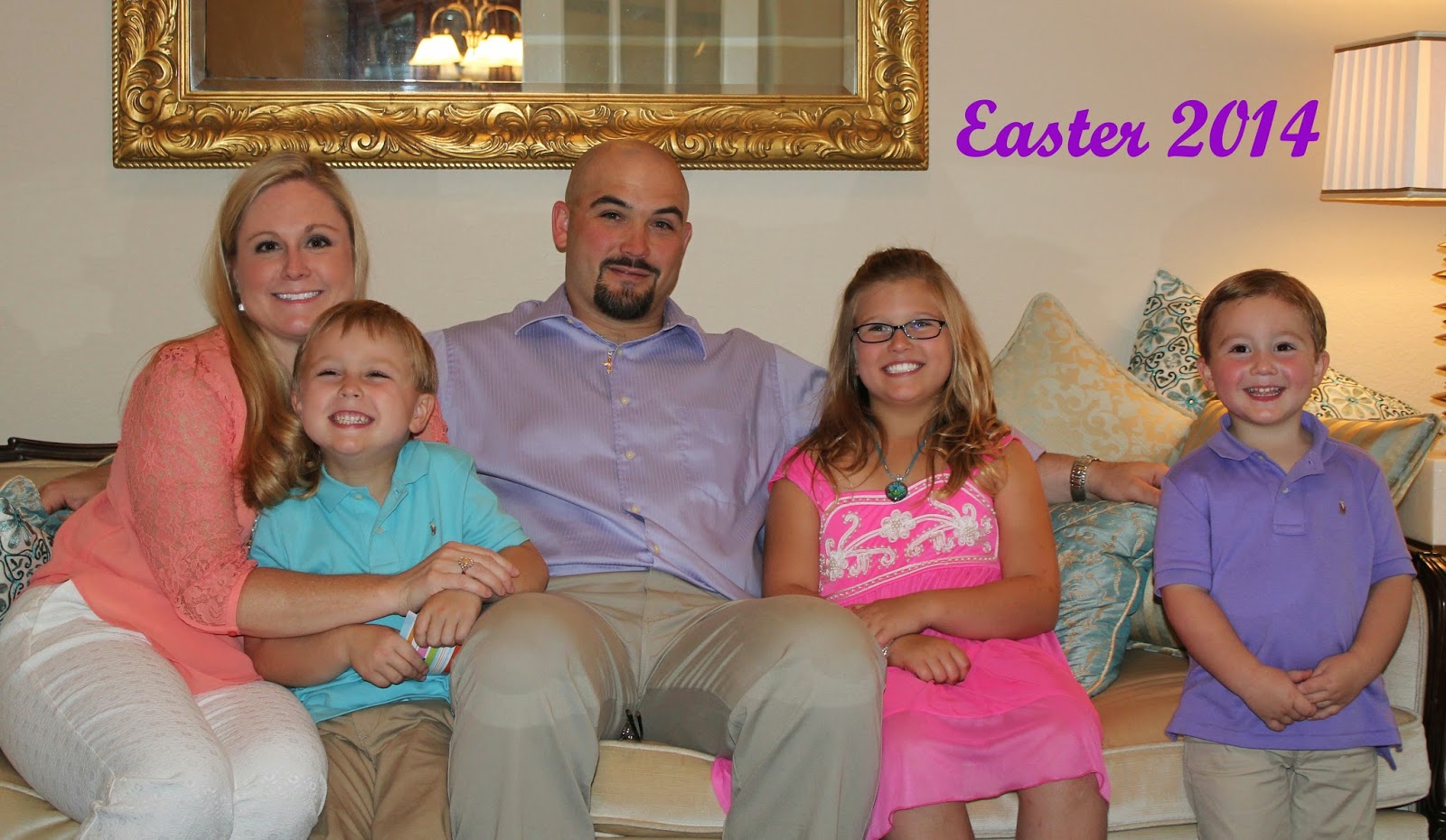 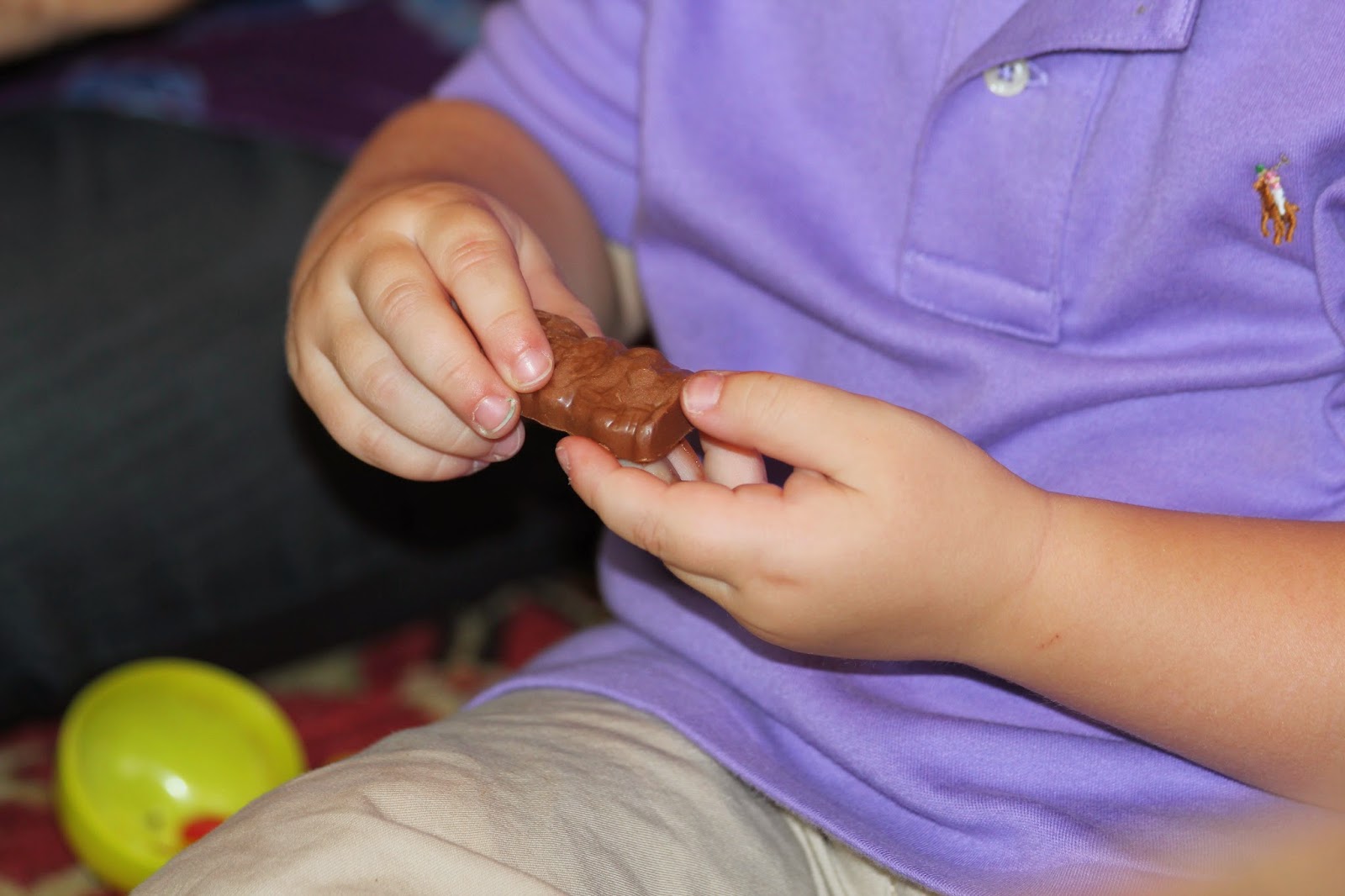 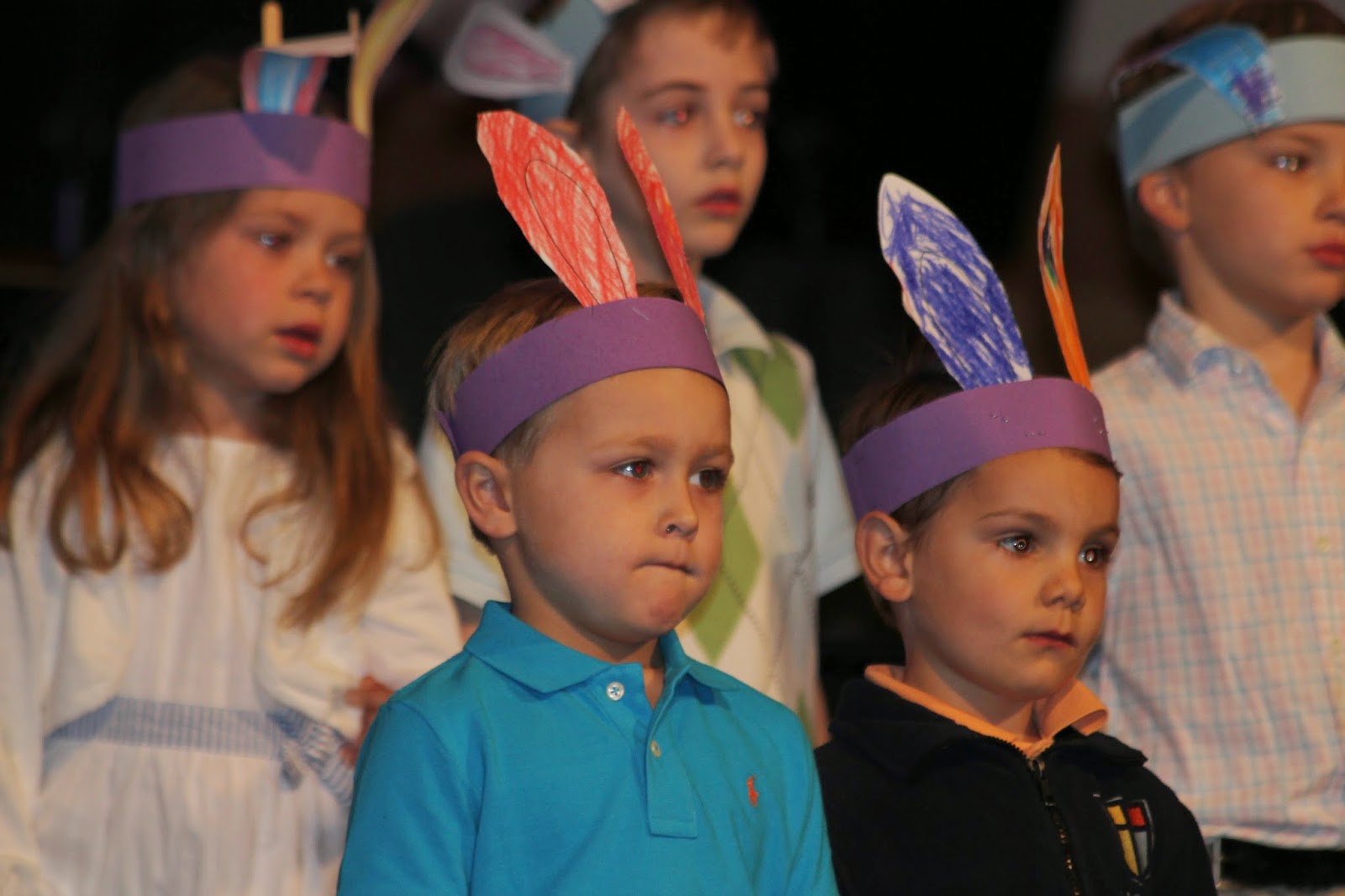 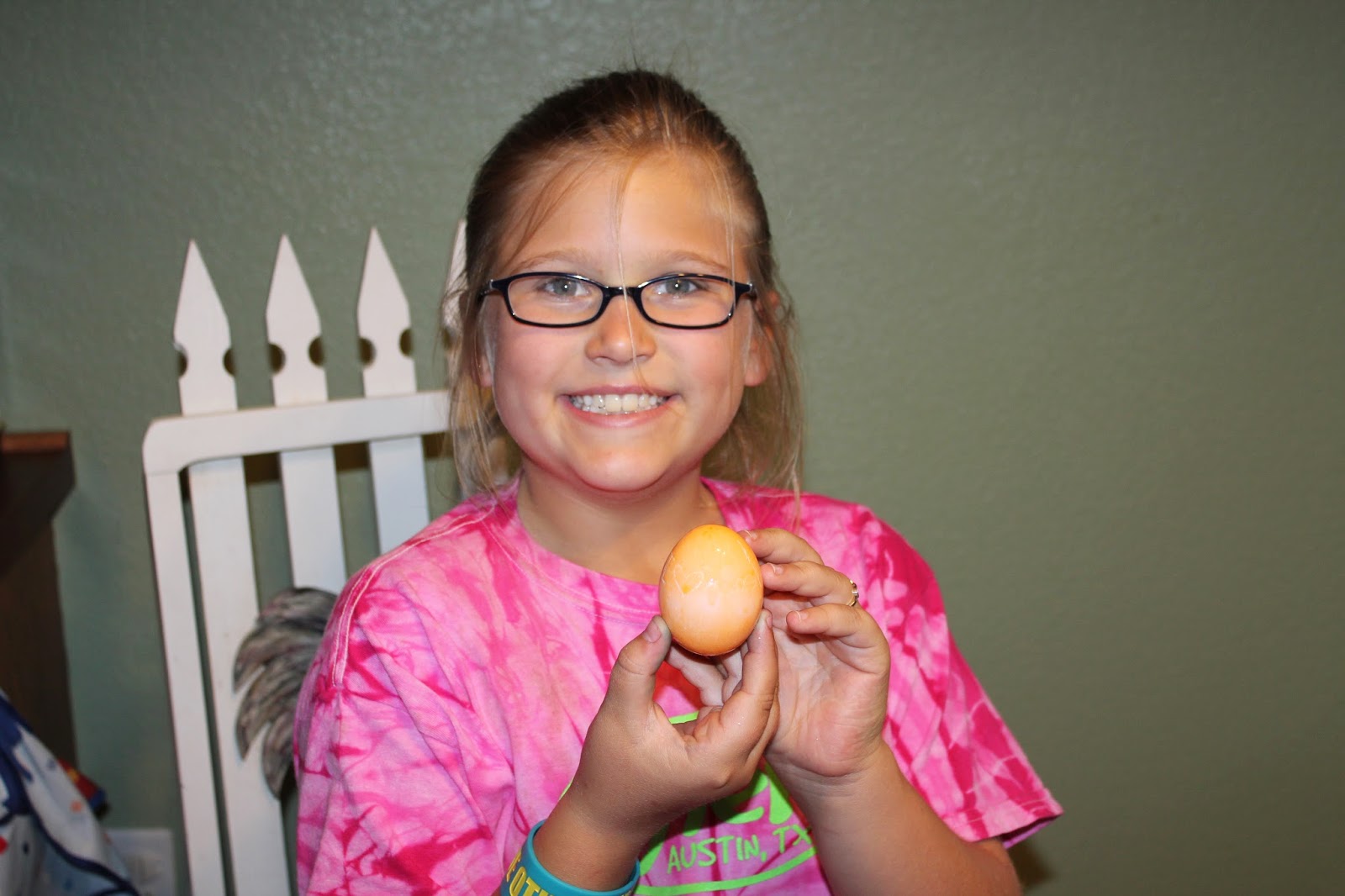 Posted by Becky Biehler at 8:23 AM 0 comments